The Meeting Of The Sparrow Clan

The Sparrows were unfortunately just the commons.

While the parrots and Geese and Partridges were the House Of Lords.

Now the Chair man in the house of commons said order and immediately the Keeks and qeeks ceased. While the speaker arose and said today we are going to talk about the very naughty cat called the Improbable Matrix which is causing an uproar in the bird world, wounding and frightening sparrows, robins, and pigeons and scaring them away from the seed baskets put out by the friendly humans and this improbable Matrix actually eats the seeds before the birds get to it.

There were a aye queek and aye keek by the birds.

Then there was silence while the Mayor Of Willow Land said Mr Chairman may I speak, yes you may qeeked Mr Chair man. I suggest said Mr mayor of Willow land that we get Scotland Yard after the improbable Matrix, Aye Aye Qeek and Keek said the Birds. 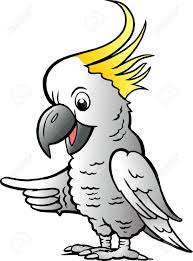 Then the Prime Minister who was a gorgeous white Cockatoo was invited to the gathering that evening and the ruling party and opposition party of the birds formed a Joint party to get rid of the improbable Matrix, with no squabbles of qeeks and keeks, Then the Chair man said order order let the Prime minister speak, Mr Cockatoo who looked every inch a bird prim minister said “ We must trap the improbable matrix or the birds will be in trouble

So the sparrows thought of a plan, So Mr cockatoo of 10 downing street had a friend who was a lawyer called Mr Mickey Mouse who also was a mafia ring leader who very few knew about so Mr Micky Mouse was called on Skype during the meeting in the parliament on a large screen in the house of commons, So Mr Chair Man said you may speak Mr Mouse , Mr Mouse said “ yes the Improbable Matrix is also causing horrendous crimes on the mice as well”

So the mouse mafia, the bird clan and Scotland yard which was a mixture of Dalmatian and Husky police men decided to capture the improbable Matrx and put him in prison. But they had to have a clever plan,

So the birds decided to put a stick with the feathers given by the parrots and partridges from the house of lords stick them to a stick so that it looks like a bird under the bird they put a large net given by Mr Micky Mouse so when Mr matrix jumps on the bird he gets caught in the net.

So the plan was laid they got a red stick with an orange beak and lots of feathers and laid in wait on Mr Matrx favourite hunting ground willow park, suddenly there was a shuffle, and a buffle and luffle and then the improbable Matrix jumped on the bird and was caught in a large net.

Mr Matrix was taken to court with a jury of mice, birds and dogs and was convicted of crime the judge who was a badger said he should spend 5 years in prison there was an uproar and the improbable matrix was caught the animal and bird community were no longer in danger.

Do you think Life is always just and fair the answer my friend is life is not always the way you want it , It was ordained by the Higher power we call as God, but remember He is watching, He is in control and you will one day say “ WHY” but He will smile and say forgive, so you and I can live, not just for jealousy, justice and bigotry but on the contrary love , forgiveness and acceptance.

One thought on “The Meeting Of The Sparrow Clan,”