In the land of far far away, where waters divide nations, peoples  and cultures, a land which was renowned for precious stones, spices, art and architecture, where dancing beauties graced the temple courts.

In such a land called the sub- continent of India I was born. I was born into a privileged society and I was a class above the rest of my brothers and sisters  of India because firstly I belonged to the warrior caste secondly I was going to be a Maharani or Queen. 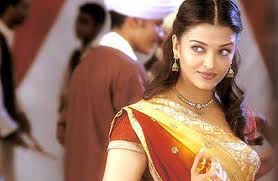 I was a princess, my karma or life cycle could not have been better. I must have been exceptionally good in my former life as well. I was born with a golden spoon in my mouth my parents were relieved I was born after waiting many years for children.

I learnt to sing Indian classical music, play the sitar or the Indian harp. learnt mathematics, science, English and history the subject I was born into. My singing was very good and my teacher playing the harmonium, which is an instrument like an organ that one plays sitting on the ground, and teaching me the Carnatic music scales was very encouraging, I loved to sing, it let me feel the power of one’s soul merge with creation.

I also learnt Indian Classical dance called Bharatanatayam and with silver bells on my anklets beating to the rhythm of my dance teacher’s counting. She said my big brown eyes could tease and tantalise to the song of my dance telling stories with my expression and my eyes.

I had two maids of my own who chose the choicest silk  attire for me, they braided my hair with jewels and flowers and put  kajal or eye make, powdered my face and decked me with jewellery. I loved it all but I was lonely. I studied my ancient religious books called the Ramayana and Mahabharata.

I was bright and I wanted to learn more and more as I loved knowledge and asked my tutors many questions , especially my English tutor who was a teacher from London. Her name was Margaret, unusual name I thought till she told me it meant a Pearl and she was a rare pearl. She taught me to read and write English, she also taught me British history and above all religion. Everything about Britain fascinated me, intrigued me and filled my imagination with the most wondrous thoughts. 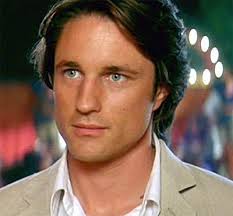 The year I turned fifteen I felt my life was going to change, it was then He walked into my life, a young Captain called John Edward. He was twenty one years old, with dark brown hair, piercing blue eyes six feet tall, with a beard and moustache. He took my breath away the moment he walked through the Palace doors. He was going to be my geography tutor. He was an aristocrat and he began to teach me about the western world, how to read maps and told me about New York in America with its high buildings and the Grand Canyon. I was taking it all in, as he showed me the pictures it was like going through those breathtaking lands.

We started talking for hours. I asked him some of the most ridiculous questions like how do the people climb so many steps to go to the top or how did they build that high being a novice to modern technology. He just shook his head and laughed out loud He just said there are machines called cranes and lifts to take you right on top of the buildings.

We spent time studying in the study, the gardens and the courtyard. One day while we were walking I slipped and his hands held my waist I was sixteen now and we looked into each other’s eyes for a long time. I saw his ears go red and he whispered softly ‘I am in love with you my beautiful question asking princess’. My heart beat fast I lifted my hand and pushed the hair back from his brow and just when we were about to kiss my maid came hurriedly carrying a big tray saying she had brought us some Indian sweets and tea from the kitchen. We were a bit distracted, it was horrible timing, we were still a bit shy thinking of what could have happened. We somehow relaxed and enjoyed the Indian sweets and tea.

We spent more time together walking in the gardens holding hands, till one day he said he could not hold his feelings in any longer and he kissed me. It was passionate, then tender then sweet. He touched the flowers in my hair, my back, my waist and I melted in his arms.

It was the most incredible feeling I had ever felt, I was exhilarated and on December 15 1917 I had my first kiss among the rose gardens. 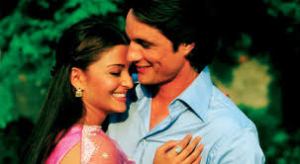 We were inseparable, my father, the  Maharaja, took notice and told me to stop going out with a low caste white man. I told him John was aristocratic  and my father just said ” he eats meat especially that of the sacred cow”. “Can you imagine anyone eating the meat of a holy cow”.

I told my father I will marry John and no one else. John wanted to show me America, London and told me about Western fashions and hats with feathers that the women wore. He told about life in Oxford University and I decided I wanted to study psychology. So much against my parents wishes, I was engaged to Captain John Edward. I wore a bright red saree with all kinds of jewels in my ears and around my neck, in my hair, on my arms and feet and around my waist. I also had my hair up instead of a braid, with jasmine flowers and I sat on an elephant. John sat on the opposite elephant and they had the drums and the bands playing festive songs, it was an exhilarating night to remember.

John’s parents looked happy and John’s mother wore a blue saree that matched her blue eyes. My father, the Maharaja, relaxed when he found out John’s father was a  top business man in London and descended from aristocracy. It was then that I announced I wanted to study at Oxford after marriage.

My father said he could never stop me asking questions as a child and he pitied my tutors and that is why he hired tutors. John and I were married in two months. For the first time in my life I left India going by a ship called St. Elizabeth to London.

We had our honeymoon on the ship and when we reached the shores of London we were greeted by John’s two sisters Pricilla and Liza who welcomed me warmly. We got along very well, I was still in my saree and shawl and the carriage was waiting for us.

It was then John’s sisters and I decided I needed a make over. The next day they took me out to buy me some long dresses, some hats with feathers, some gloves and they even  got me my own personal hairdresser. I got my self some riding trousers and boots and started riding everyday on a beautiful mild spirited mare called Starlight. If only my father, the Maharaja, could see me in these clothes.

It was then time for university, I was excited I integrated well into the university culture and studied my favourite subject psychology. I was intrigued at how the  human brain functions and works and about different personality traits in people of different cultures.

We also took a holiday to New York, I was amazed at the tall buildings and lifts. We had a press meeting it was remarkable. At last I saw the places of my imagination and I turned all my energies in studying ball room dancing, holding parties and becoming a western woman of culture.

I never forgot who I was or where I came from but what spurred me on was the love of one British captain with blue eyes and dark hair who had shown me to dream and now I was living that dream. I love you, John Edward.

One thought on “Princess”