Hi there dearest darlings, how have you been? Let me start with a story “ Once there was a man who wanted to buy a horse  let us call this man “A “so he went to all the places they were selling horses but he could not find a horse. Till he met this brethren man who was selling his horse, so before he let “A” try his horse he said this is a Christian horse brother “A” if you say “Praise the Lord the horse will gallop, if you say Hallelujah the horse will run very fast and when you say Amen the horse will stop” So A was very excited and he said to the horse Praise the Lord , “A” was very excited and shouted Hallelujah the horse started galloping very fast till “A” saw the horse was going towards the edge of a cliff. “A” got scared and shouted stop, stop , but the horse went on galloping till “A” shouted in fright GOD save me “AMEN” the horse heard the AMEN and stopped at the very edge of the cliff in his relief  “A” shouted Praise The Lord and…..went over the cliff :(.

Praise the Lord it is not a true story but what I would like to say to all my readers gourd your mouths even when you are upset. Take a deep breath count to 10 and let out the steam. By then the pressure cooker of the anger will be a bit more mellow. I had this problem of telling my whole life history to people who I just met sometimes that was a good thing if done with people from church or people who care about you but at other times it can be used against you.

So discretion should be part of your lifestyle. Women have more intuition than men but men are more practical. So men it is wise to listen to your wives for advice and women do not nag your men but in clear ways explain to them why you think they should do as you say.

There were once three janitors working in a building one janitor kept saying one day I will own this company and did not do his job as he kept talking, another janitor said I hate my job I should be some where else and kept telling everyone how much he hated his job and wanted to quit but one janitor did not say a word and just did a good job soon the one who kept saying he will own the company was fired as he was all talk and no work the other janitor quit his job and was unemployed but the quiet one who did his work well, well he became the manager of the company.

Dear ones let us talk less ,listen more and accomplish more for our own lives, our spouse, our children and above all else our Lord God.

So from Tango to roses 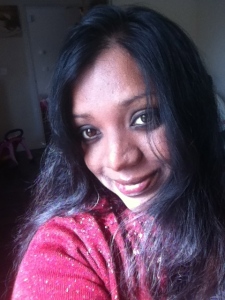 2 thoughts on “Words, Relationships and Tango”