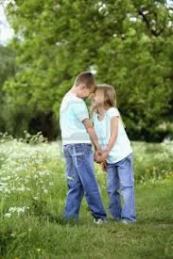 Joan was a healthy child, she loved playing in the park with the boys and girls from the neighbourhood, she was five years old with dark short hair falling all over her face and could play football better than any of the boys in her neighbourhood. Her best friend was Sam a red haired green eyed boy who loved her from the time she moved to the house next door in their neighbourhood, when she was three years old. Sam was a year older gangly with freckles but Joan loved him, she did not have any brothers or sisters so Sam was her best mate.One day when Joan was eight years old, as she and Sam where in school, her grandfather came to school in a very sober face and spoke to her teacher, her teacher trying to remain calm and hiding her tears asked Joan to go home with her grand father. For the first time in Joan’s life she was scared and frightened, she did not know what was wrong everything was alright when she left home.

She clung to her grand father’s hand and asked him what was wrong and he said Joe we have to talk and there outside the school he told her, her mother was dead. Joan could feel the earth moving under her feet, she burst out crying, life would never be the same again, in those few moments of driving home from school she could see a flash back of her mum beautiful with dark hair singing to her, making supper and her favourite baking together and putting her to bed.Joan’s dad came running to her and gave her a hug and sweetheart everything is going to be alright, she could hear her mind saying alright what do you mean alright ? That evening was the funeral Sam was by her side and held her hand, she had no one now her dad was busy at work her grandparents lived far away all she had was Sam.

It was then at the age of eight she started comfort eating, every time she ate a cake she thought of her mother. Every time she secretly bought that chocolate that she ate in the middle of the night she felt comforted having no lady or mother to guide her eating habits, yet the one constant figure who never left her side was Sam.One day as she was 14 years old and walking home from school a group of boys started teasing her about her weight, Sam ran and fought them off but by now she was fourteen years old and size fourteen. Next year was prom and she had recently been dreaming of kissing Sam on her prom night. She took out her full length mirror and for the first time as a teenager she saw her blossoming body and excess weight and decided she will lose this weight firstly for herself and then to be the most beautiful prom queen for Sam.

Sam who was 15 years old had grown to be a very handsome young man, his freckles had vanished, he was tall and very handsome, Joan had seen the other girls approaching him and felt a tang of jealousy pulling at her heart strings. She hugged the pillow and cried saying Sam over and over again. She had now set her heart at being prom queen and having Sam kiss her for the first time that set tingles on her back, she started exercising and stopped eating Chocolates and even her father said she was looking pretty, she saved her money and bought the most beautiful blue dress, her hair was stubborn she had it in a short bob and one strand kept falling over her eyes then there was a doorbell and there was Sam looking very gorgeous and for the first time in his life Sam was speechless this beautiful dark haired beauty, the girl he loved all his life was looking so gorgeous and was his, he kissed her on the porch she was fifteen and he sixteen and he said if I was a little older we could get married and both knew then and there they had found their soul mate.

The prom was a success and Sam and Joan were the most outstanding couple everyone saw how gorgeous Joan was and Sam had eyes only for Joan as Joan for Sam that night after the prom Joan and Sam spoke for a long time as they kissed some more knowing that once Sam was 18 years old they will marry as they kissed the stubborn strand of hair came over Joan’s forehead over her nose as Sam sweetly pushed her hair back as they kissed each other on the porch of Joan’s home., her father was waiting up for her he took one look at her and there was a lump in throat his baby had grown up and looked so much like the way his wife used to look he could not contain himself and hugged Joe and said I see Prince Charming has swept my daughter of her feet, Joe laughed and said Oh Dad.

My dear readers beauty is skin deep but character is heart deep and if you have both, you are a priceless treasure, look after your body and your heart for in doing that you are becoming a destination in life for someone special who will love you not just for your beauty but your integrity as well. 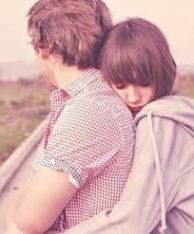