In the suburbs of Australia there was born a red haired little girl who her mother lovingly named Jane, Jane grew up in a horse ranch and by the time she was four years old she had mastered the art of horse riding and was hoping to be a jockey when she grew up but she had one love who was little Jack, Jack’s dad lived on the farm next to  Jane’s ranch. As Jack’s mum was also working little Jack spent more time with Jane’s family, Jane grew up to be freckle faced, with a large gap between her teeth and little Jack had one goal in life that was to make little freckle faced Jane to cry, he used to love calling Jane plain Jane, taunting her about her red hair, freckles and huge gap between her teeth, Jane grew up feeling miserable about her looks yet she loved and hated Jack.

Jane came from a religious background prayers were said before meals, in the evenings and when ever needed, one day when Jane was about 10 years old when she knew and felt like an ugly duckling she got into her room after riding her horse and in a loud lament prayed Dear God please, please, please make me beautiful not knowing Jack was hiding under the window of her bed room as he cooed out loudly that” You my girl are beyond repair especially your teeth and hair and freckles why even the horses are prettier when they smile” Jane got up in a huff jumped out of her window which was on the ground floor onto Jack and tried to pull his hair just as Jane’s dad came to separate the two of them,

In the next few months on Jane’s 10th birthday the family decided to move to England to a small village and continue their farming and Jane kissed her beloved horses good bye and Jack actually waved back to her, Jane had mixed feeling the excitement of moving to another country, wondering if she would ever return yo Australia and looking forward to a new life. But above all if she would ever see Jack again, she loved him and hated him at the same time,

Jack’s dad had bought most of her horses and had helped them on their big move. Life In England was fun, Jane made new friends her best friend being a chubby dark haired girl who loved Jane’s red hair and freckles called Joyce and another quiet blond haired girl called Fay who admired Jane’s horsemanship, but as Jane grew up she knew she would never be a jockey as she was nearly5 feet 8 inches tall, her mum got her braces for her teeth for her 15th birthday and Joyce and Fay became her fashion gurus, Jane’s freckles disappeared except a few like fairy dust on her upper arms and back and a few on her nose.

Jane attracted a lot of attention where ever she went due to her gorgeous red hair and striking features plain Jane had grown up to be a gorgeous red swan.

One day when she was 17 years old her parents decided to go to Australia for a holiday Jane was so excited especially to see her beloved horses, as they would be staying with Jack’s family for a few weeks, Jack’s dad met them at the airport and commented how pretty Jane was.

As they neared their home Jane saw a gorgeous tall strong blonde haired man riding a horse she recognised him at once it was Jack, as they got out the truck Jack came towards them on his horse, as  Jane got out the truck , Jack looked at her and as their eyes met there was electricity, a strong sexual electricity between the two, Jack knew he had set eyes on the most beautiful woman he had ever seen, as Jane saw Jack’s blonde hair, his gorgeous smile she knew she had fallen in love for the first time in seventeen years. Jack asked Jane if she wanted to go horse riding with him and she happily agreed saying if only they could race, So Jane got onto this Chestnut coloured mare her long red curly hair and the gorgeous chestnut mare, made Jack know he had never seen anything so beautiful as they raced passed the fields, over the streams in to the mountains they came to the most beautiful spot on a mountain top as Jane won the race.

Jack and Jane got down  from the horses both panting from their ride, Jack was 6feet 2 with strong arms, blond hair dishevelled and they just stared at each other for seconds, till Jack said I can’t believe that you are so beautiful God sure answers prayers as he came close to her pushing the red strand of hair from her forehead, looking at amazement at the sprinkling of freckles on her upper arm kissing them, kissing the nape of her neck she started to breath harder and let out a moan she had never experienced anything like this this instinctive attraction to a gorgeous man who she knew as a child was now kissing her, holding her she knew if she didn’t give in she would regret it, or worse end up like sister margarita from school, this was what she wanted, this was with whom she wanted that night both Jack and Jane spent the night under the moon and stars, in nature doing what nature gave instinctively to both man and beast the feelings and inclinations of a sexual nature, in nature for nature.

The next day Jane was no longer freckle faced big teethed plain Jane, but Jane who through the right of passage was now no longer girl but a gorgeous woman who had lost her virginity to the man provided by the Gods for her journey in life.

Sometimes dear ones life takes us to far off lands, or just up the street but when the Gods bring up the opportunity at the right age in the right place be it a call of the wild, or rising up to church bells on your wedding day take hold of the opportunity and do not look back, be it past regrets or past glories whatever instinctive opportunity  the Lord brings, let your instinct be the answer. Nature will one day take you on it’s journey through life accept the right instinctive choices do not regret the life you live but live in line to the paths put by the Lord of Man, Machine and Nature. 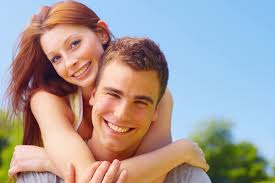 One thought on “Jane”