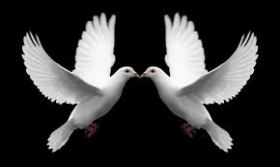 Early morning at three am on the 25th of June in a little town of England a gorgeous baby girl was born and her parents named that pretty little baby Rochelle, but as the doctor examined her little leg one leg was shorter than the other leg, but apart from that Rochelle was beautiful and healthy.

It was the next day the 26th of June , the parents of Rochelle and Rochelle went home from the hospital but on the way home due to fate, bad luck or whatever the mortals say to evil befalling good, the car of Rochelle and her parents met with an accident as there car was hit by a drunk driver but Rochelle was saved covered by her mother’s body in the car who died saving her.

Rochelle did not understand what that catastrophic event did to her young life but the heaven’s were smiling down at Rochelle, her grandmother on her mother’s side said she will look after her, Her grandma named Grandma Agnus looked after Rochelle and instilled in her courage, strength and even though Rochelle walked with a limp she excelled in sports especially running.

As the years went by Rochelle grew up to be a bright smart intelligent and beautiful girl and though she had a loving grandmother, she cried for her mother and father who she had never met or even remembered, but her grandmother gave Rochelle a gold chain with a heart shaped locket and in that locket were the pictures of her mom and dad who had been child hood sweethearts.

One day Rochelle’s school put an ad in the school newsletter for any of the girl’s interested in joining the girl’s relay team, Rochelle was excited she Knew in her heart she could do it, she wanted to be part of this team, there were times  when the older girls bullied Rochelle’s walk but that only made Rochelle more determined. So as the time drew near for the relay team to be chosen Rochelle practised and practised and she even made friends with a little boy named Mike who timed her and encouraged her to run and when the time of the  girls for the school team to be picked came Rochelle was picked  and as she ran faster and outshone the other girls there was a thunderous applause and she saw two doves sitting on a tree after she made her team and she knew somehow, somewhere, how we do not know but in her heart of hearts her parents were watching her and she did not want to let them down.

Soon it was time for the inter regional  schools relay to be run and Rochelle practised hard much harder as she had a slight limp, it was time for her to get the baton and run, her grandmother and Mike were watching as she ran fast one of the girl’s in  the opposing group kicked Rochelle and caught her off gourd and Rochelle fell down crying with pain she could her gasps from the crowd but then she felt two people lifting her to her feet a beautiful lady and a handsome man telling her to run and not give up telling she can do it their voices were loving and encouraging and at the same time she felt strength on her legs return the beautiful two people lifting her and telling her to continue running and she did and as she finished her race she found out she had won her team had won she looked for those beautiful people around her but could not find them as they put her gold medal around her head  she saw two doves sitting on the tree watching her, she went home looked at the pictures  in her locket to say good night to her parents in the picture of her locket as she always did and then it dawned those beautiful people who helped her had the same faces of the pictures in the locket it was cold outside so she went to close the windows and there were the two doves on the tree watching over her, with tears flowing freely down her cheeks regretting she will never see her parents  alive yet so thankful to have them close by she gently kissed the pictures in her locket and went to sleep.

Many years passed by she never saw the doves  again until she heard her grandma shouting downstairs get up child you don’t want to keep the groom waiting yes she was  eighteen years old and marrying her childhood sweetheart Mike as she got dressed in white and stood outside the church in the pine tree were two doves her eyes welled up in tears and she knew that her parents were there with her watching her at this great day, her grandmother walked her to the aisle and there stood Mike who was 19 years old looking proudly at her . She held on to her locket as she looked thru the church window as the two doves flew away, her new life was starting her parents had watched over her all through her as the words rang from her mouth to” I do” to the kiss of commitment to Mike she knew that some where, some how, be it fate, karma, good luck that the people who love you the most will never leave you they are always alive, in your heart and mind as she held her locket, Rochelle whispered thank  you mum and dad and gave her grandma a big hug, as she walked down the aisle with Mike as Mrs Rochelle. 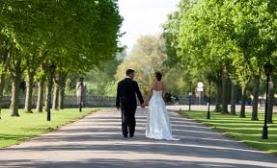